Statyx On Demand: ICAAA Homecoming 2021 Was Nothing Short of Heroic - Immaculate Conception Academy
Statyx 1996’s virtual homecoming show was a break from that, in the best way possible. In what would be an ingenious creative strategy, the decision to forgo using hosts resulted in a seamless, “streaming” format. The flow highlighted the diversity of the different batch performances and kept the momentum up, which was much needed since this homecoming had the greatest number of batches participating EVER. Ten, to be exact!
statyx, batch 1996, homecoming 2021, virtual homecoming, icaaa, ica alumnae association
21268
post-template-default,single,single-post,postid-21268,single-format-standard,ajax_fade,page_not_loaded,,qode-title-hidden,qode-theme-ver-12.1,qode-theme-bridge,wpb-js-composer js-comp-ver-6.7.0,vc_responsive 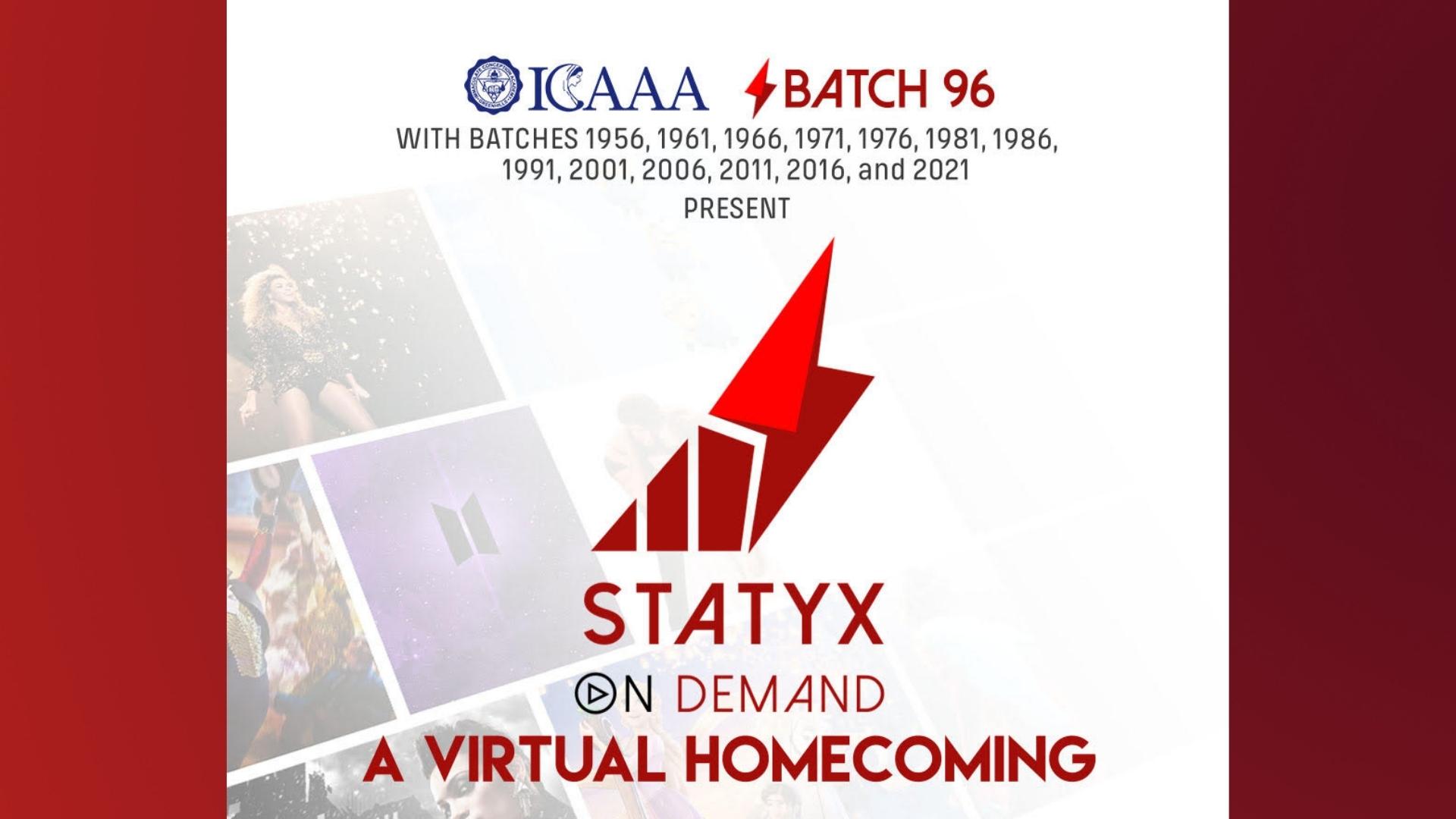 21 Feb Statyx On Demand: ICAAA Homecoming 2021 Was Nothing Short of Heroic

REVIEW: Statyx On Demand: ICAAA Homecoming 2021 Was Nothing Short of Heroic

Let’s get real: Considering the logistical problems posed by the ongoing COVID pandemic, putting together a homecoming celebration of any caliber is a challenge. What Immaculate Conception Academy Statyx Batch 1996, along with immense support and communication from co-host batches, accomplished was a hero’s feat, and it was a homecoming for the ages. Usually when people think of “homecoming,” these things come to mind: a celebrity host, a few song and dance numbers by different batches, before one final performance from the host batch. There was a pattern in place, a successful one, but a pattern, nonetheless.

Statyx 1996’s virtual homecoming show was a break from that, in the best way possible. In what would be an ingenious creative strategy, the decision to forgo using hosts resulted in a seamless, “streaming” format. The flow highlighted the diversity of the different batch performances and kept the momentum up, which was much needed since this homecoming had the greatest number of batches participating EVER. Ten, to be exact! 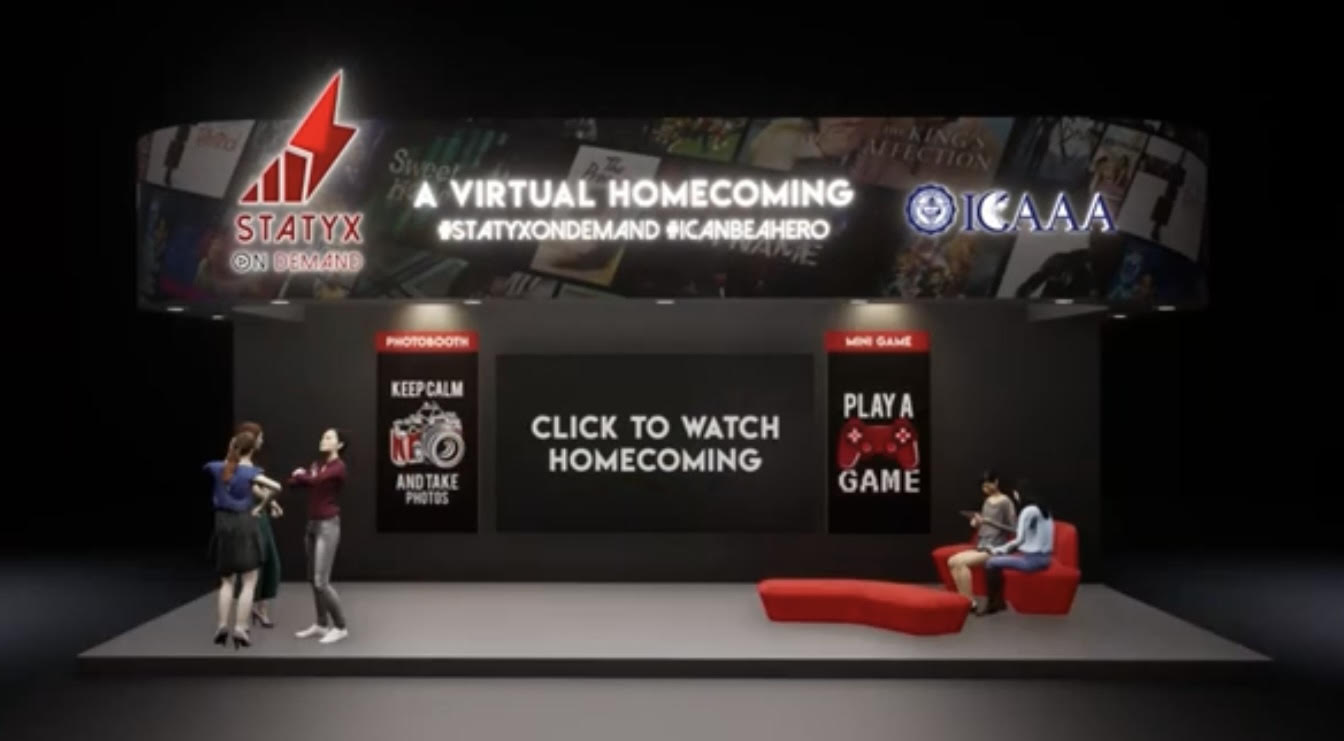 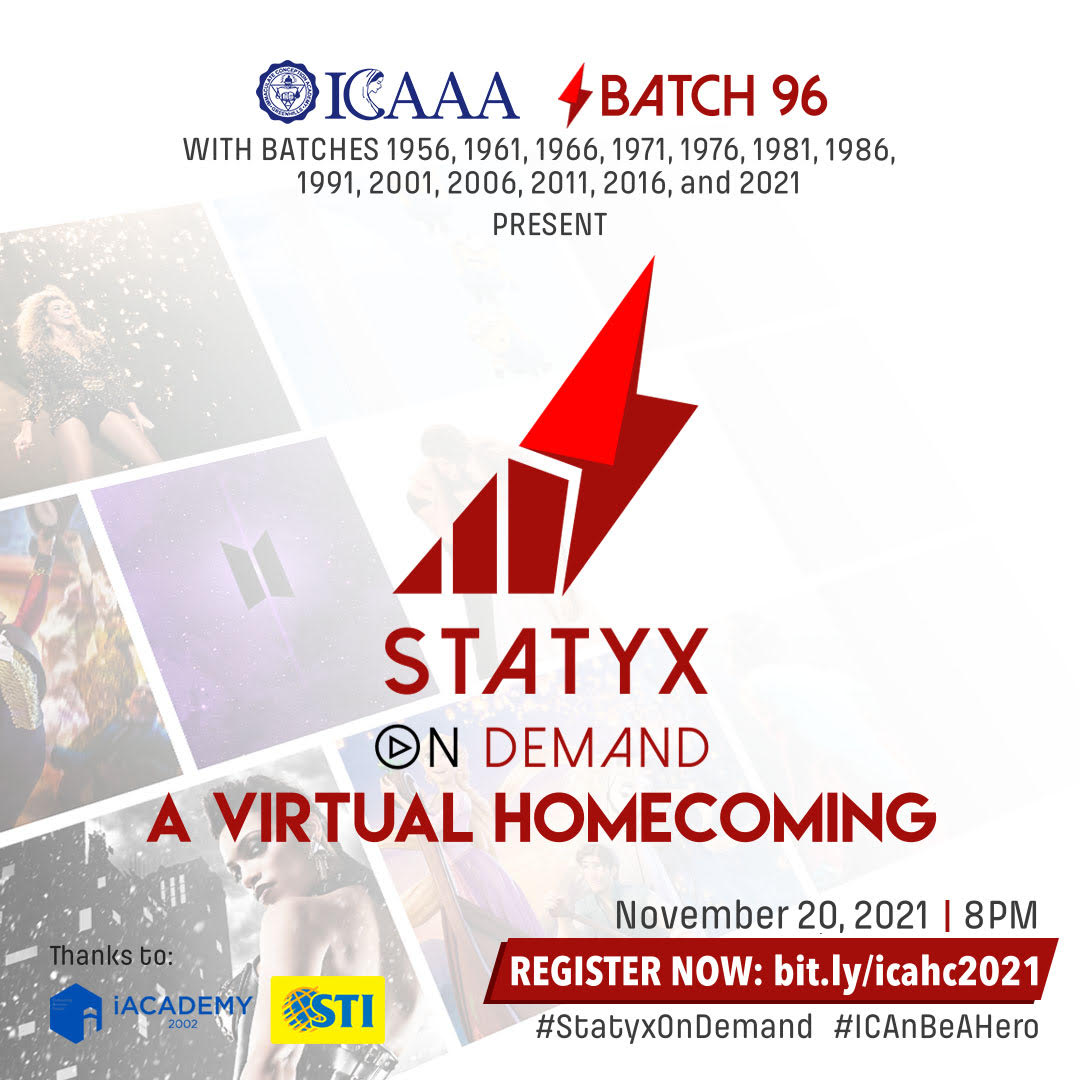 Performances ranged from the graceful (1956’s hula and Xenix 2021’s “I See The Light”), to the nostalgic (Senior Strike! 1971’s Golden Girls and Xogens 2001’s tour within ICA’s hallowed walls), to the joyful celebration of life and self (Mickey 1981’s “This Is Me” from The Greatest Showman and Red Adroit’s 1976 “Happy”). It also included uplifting productions (Spirits 1986’s “Hey, Soul Sister,” Fyrinx 2006’s Rewind to the 80s, and Calyx 2011’s K-pop medley). These videos, and the number of people who worked on them, proved that Unity isn’t just an ICA class name, but a central theme in these trying times.

Coming together to film in-person performances were a little trickier to accomplish, but the awe-inspiring dance numbers from The Beyoncé Experience of Spirants 1991 and Statyx 1996’s own elaborate, original choreography, reminded everyone that when ICAns are in the same place and time, magic simply happens. Something the Statyx batch capitalized on when assembling performers for the homecoming. 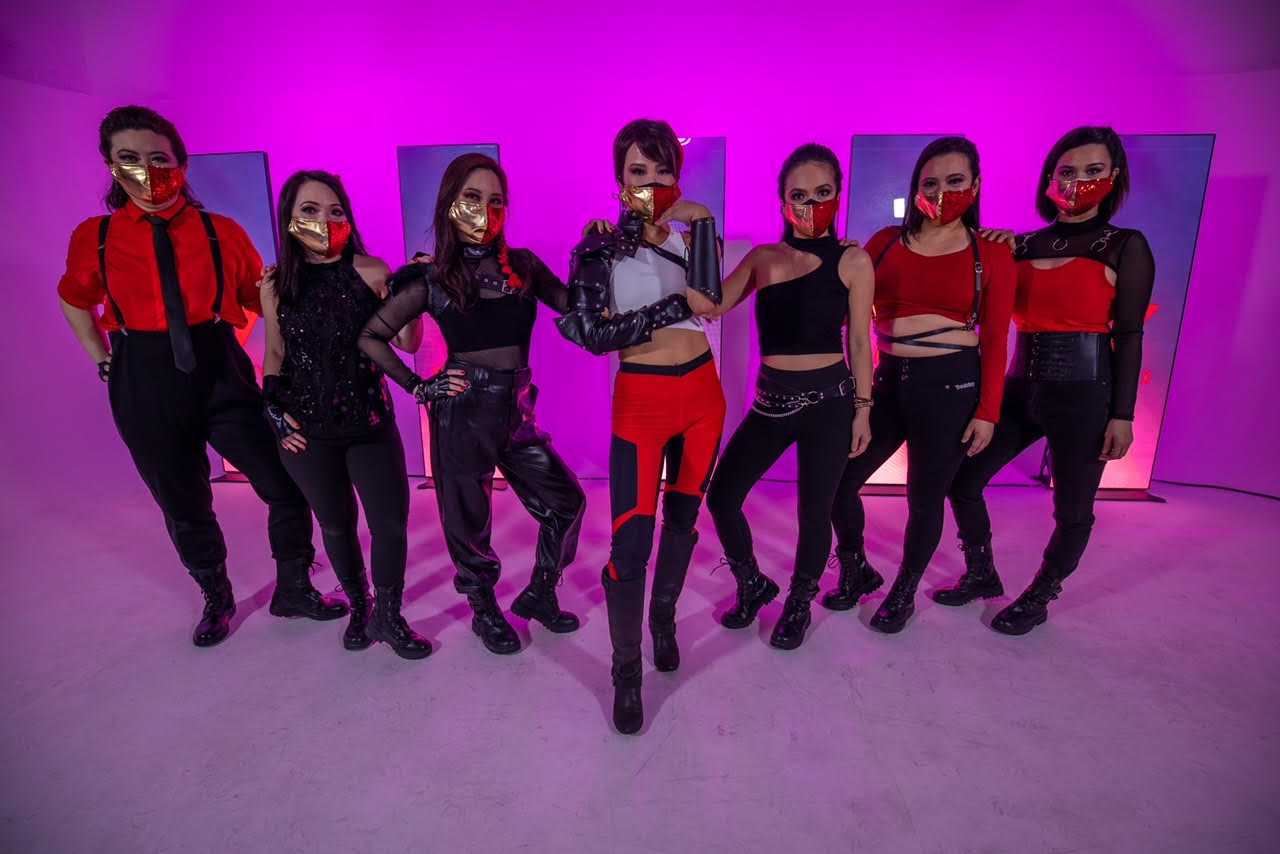 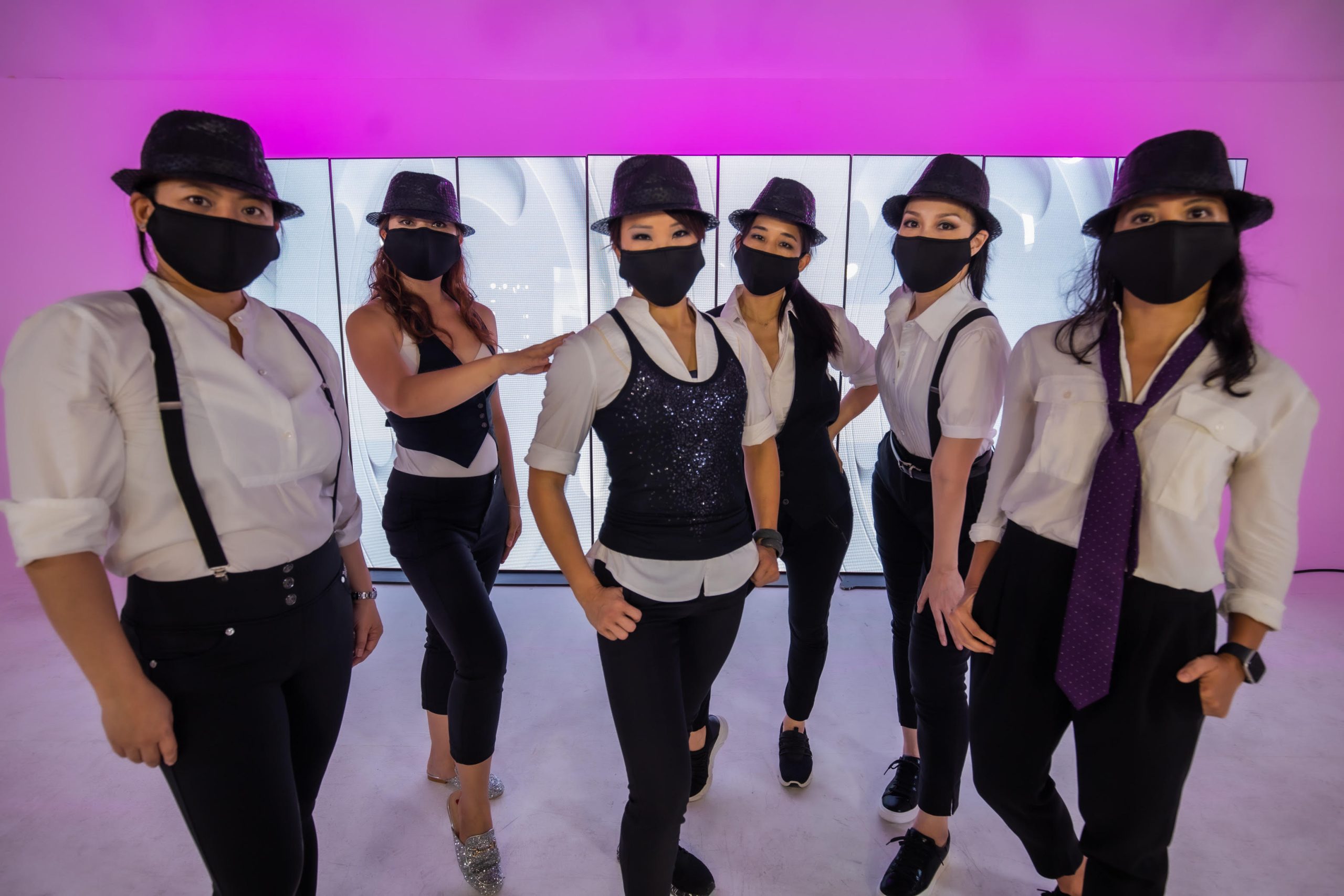 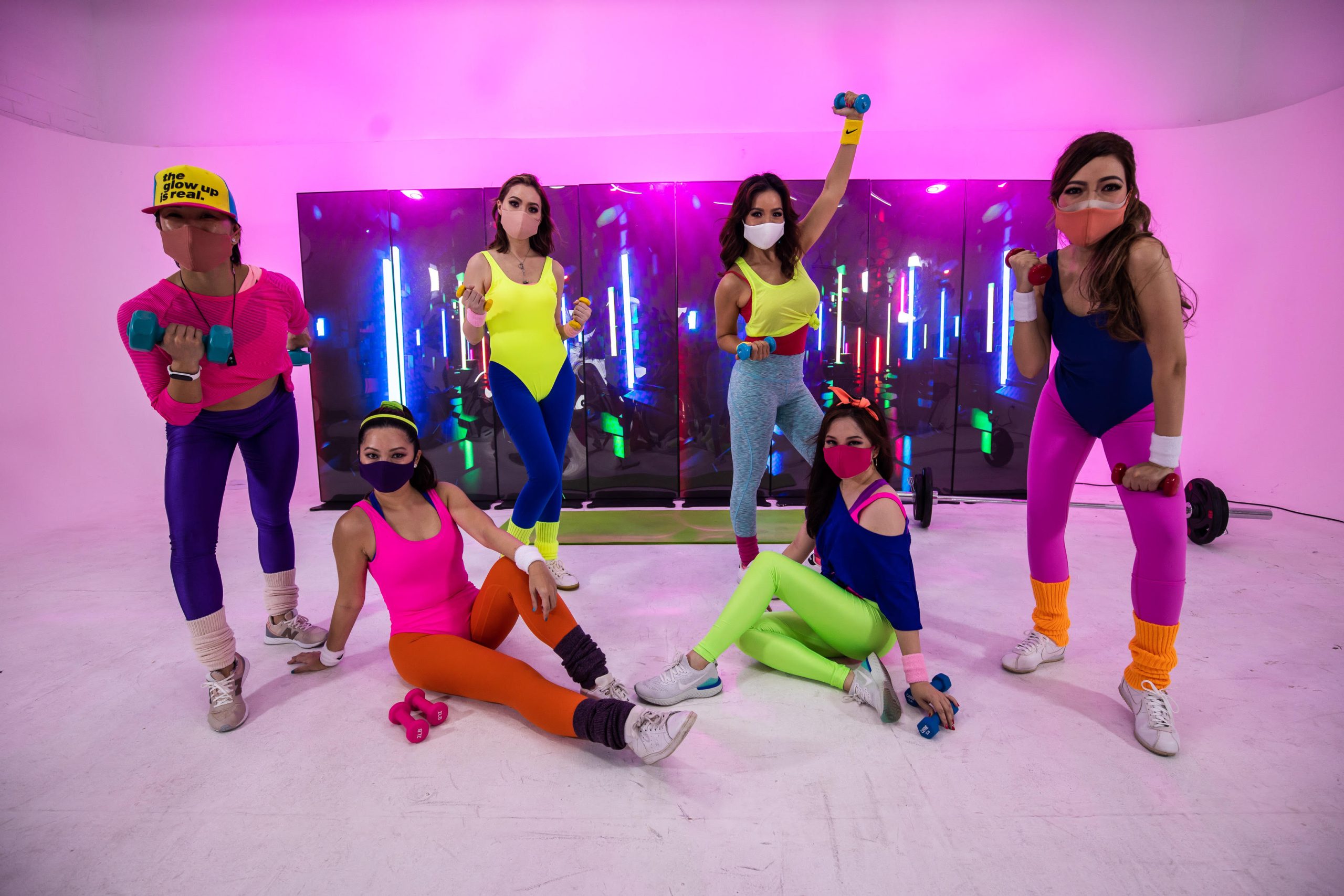 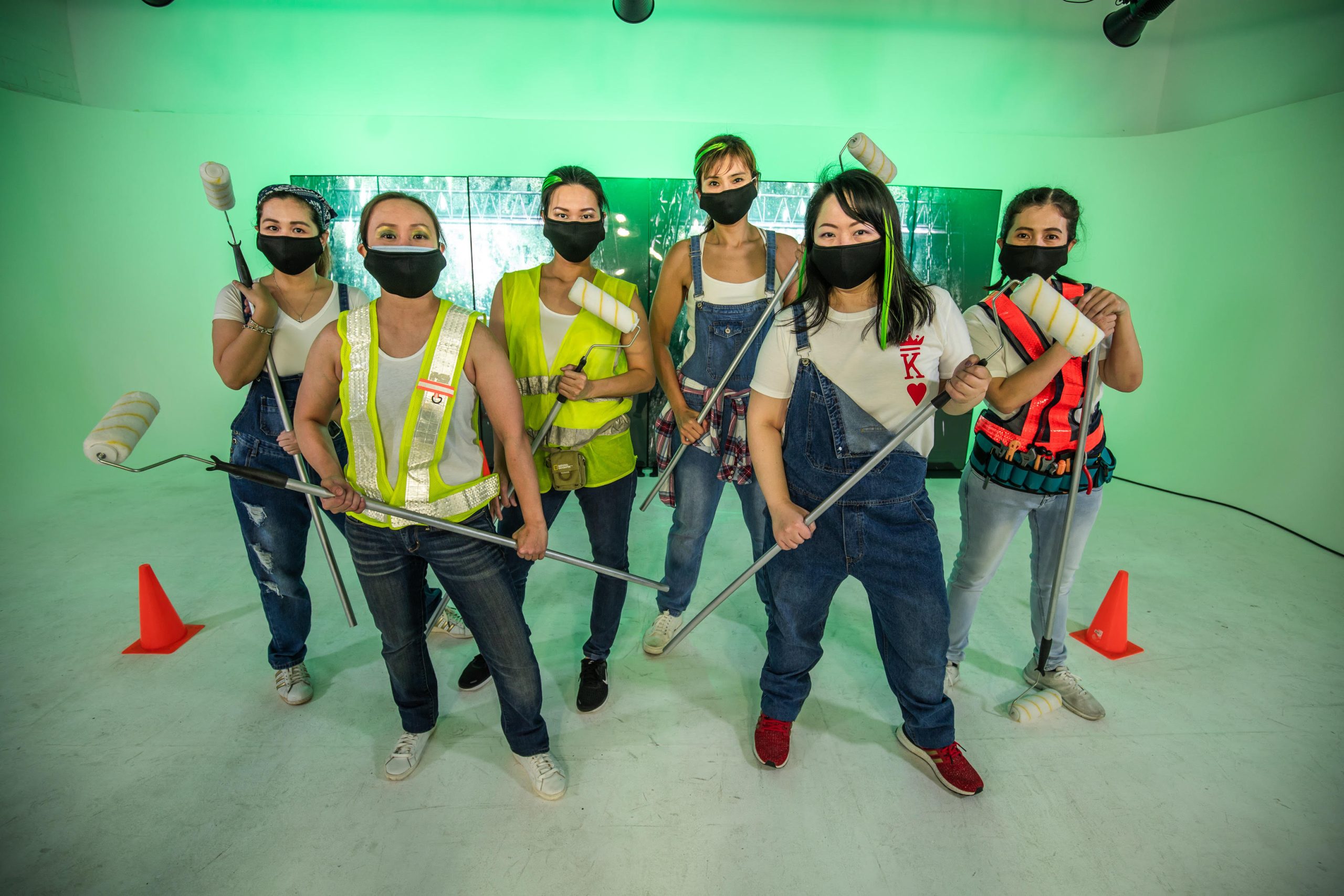 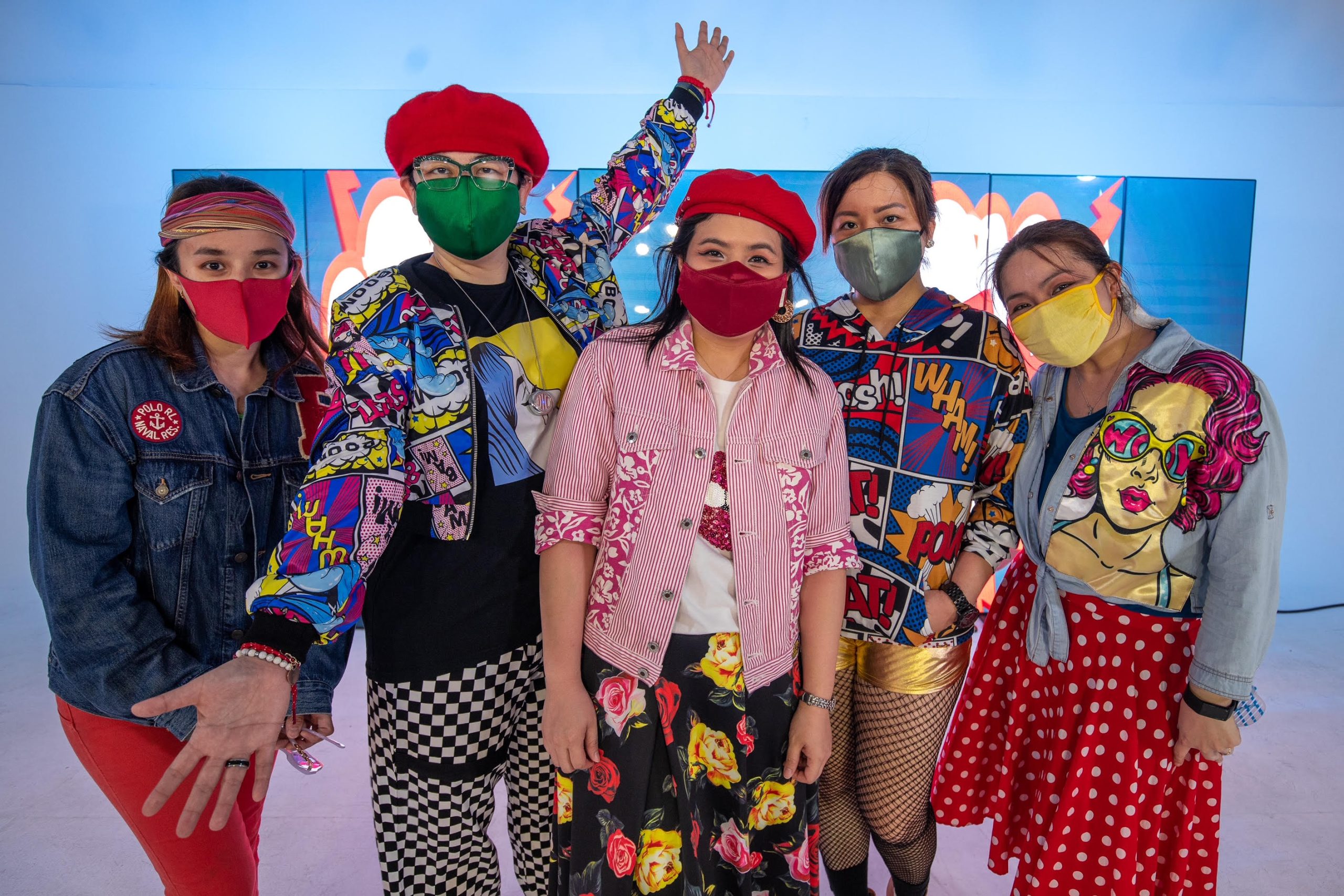 We also learned more about Traumatic Brain Injury (TBI) and how it affected our fellow batchmate Monique Ong, whose strength and recovery inspired the hashtag #ICAnBeAHero. This was the biggest takeaway of the night—that anything is possible with a hero’s determination to do good under any given circumstance. Her story reminds us that no matter what life throws at us, we can continue on, one day at a time, with a prayer in our hearts and our family and friends nearby.

Statyx’s uncanny sense of friendship and cohesion was evident in the preparation for and up until the three-day consecutive video shoots, always done with health and safety protocols in place. Apart from it being a trying time to get everyone’s schedule together, everyone had to learn something new, be it how to arrange a new, a capella version of our school song, or recording and uploading individual voices and videos on Google Drive, to non-dancers learning new dance steps (and how to move their “HIIIIIPSSS”).

One of the most impressive parts about this year’s homecoming was everyone’s ability to jump in and be in sync with one another. Even on an aesthetic level, it was an exceptional showing: from the themed costumes that put everyone in the mood, to the sheer raw talent of the Statyx Voice members, the Statyx Dance Crew, the level dancers, down to the “Heroes” dance challenge volunteers. All the hard work behind the scenes made everyone shine on camera. Everything was clean and sophisticated, despite the number of bodies it involved. It was, put simply, a “stream”-lined production. Each song arrangement (even that of the hymns that were sung in the mass beforehand) sounded hallow and moving; each dance sequence made the viewer more and more excited to see what was to come. The numbers kept the viewers wanting more, until the climactic, single-take dance medley that brought everything back to its glorious center: Statyx 1996 had come home in style. 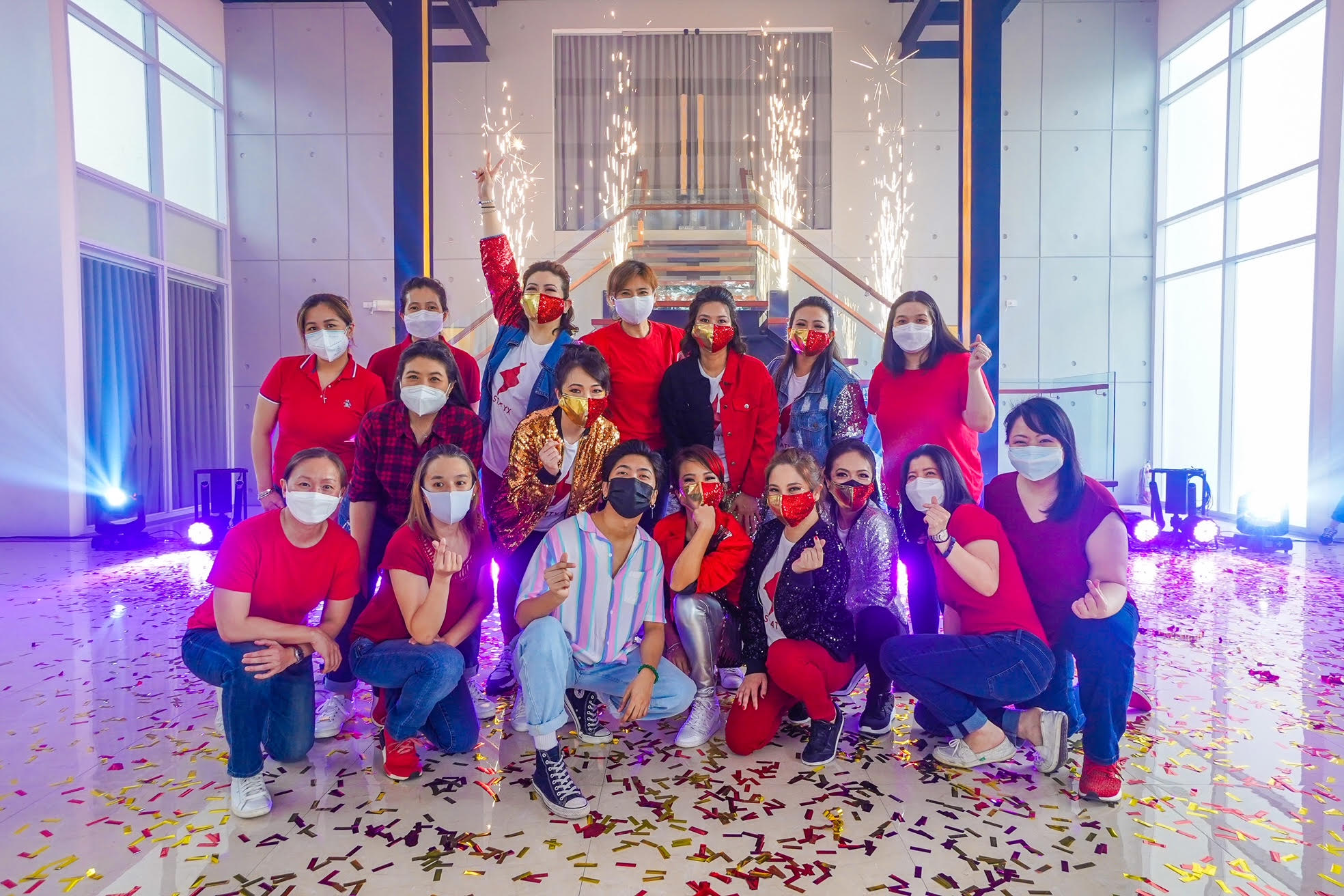 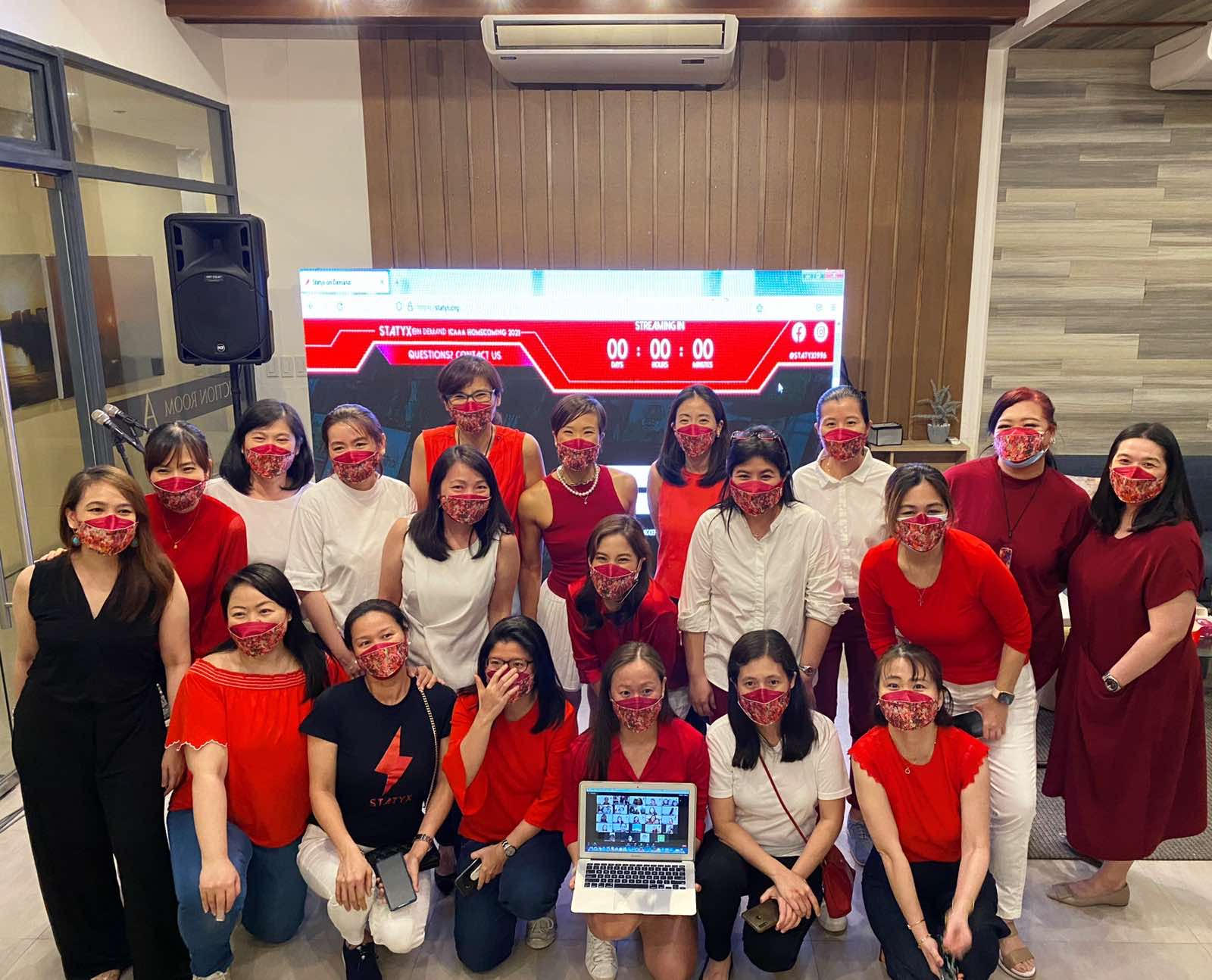 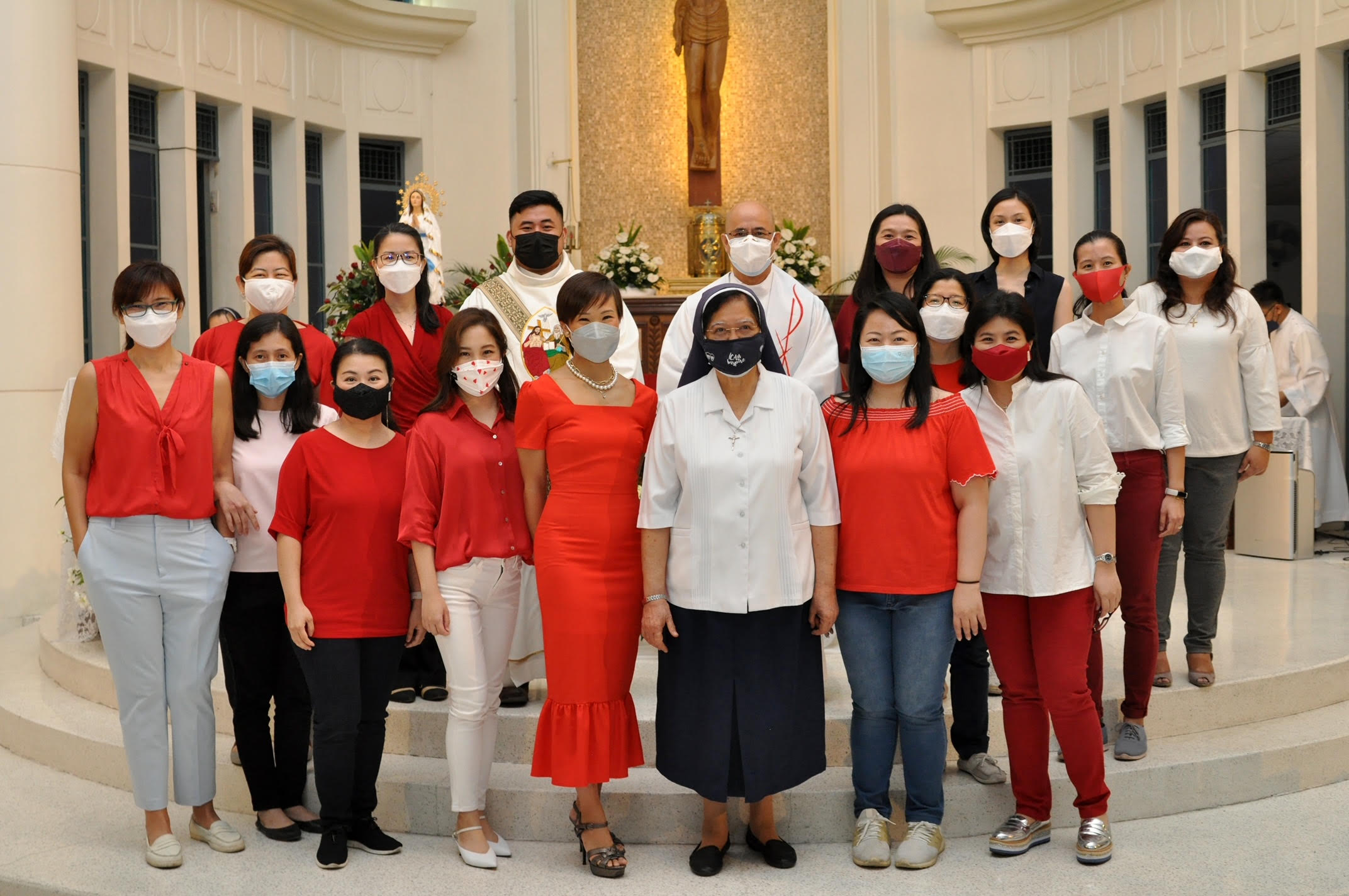 It took a lot of everyday heroes to make the homecoming the happy celebration it was. All this would not have been possible without the homecoming committee working tirelessly behind the scenes through endless virtual calls and impassioned chat threads. It was clearly a team effort, evidenced by the numerous grateful social media messages posted by batchmates the following day, the supportive screams and happy tears captured during the watch parties, and the general consensus that it was a job well done by everyone who, despite the demands of life, family, and the pandemic, contributed their time and effort wholeheartedly.

If there was one criticism about the entire event, it would be this: Statyx On Demand, in all its joyousness, ended too soon. In this reviewer’s opinion, it should have gone on forever.