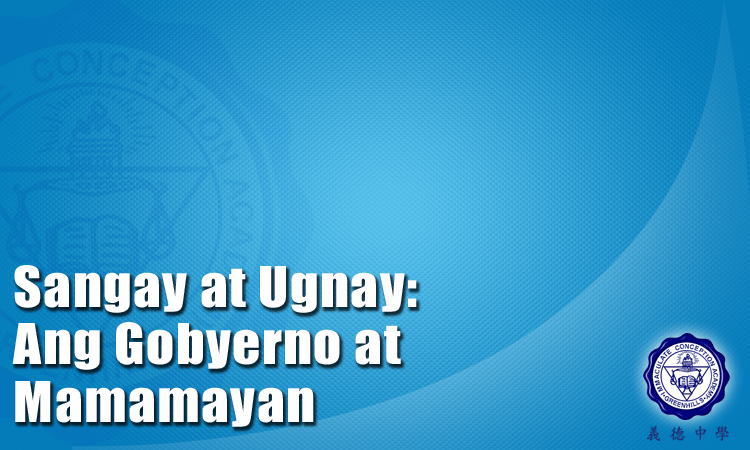 In line with strengthening the TEd-JEEPGY pillar on Engaged Citizenship, the Araling Panlipunan area prepared an enrichment activity during the First Semester entitled Sangay at Ugnay: Ang Gobyerno at Mamamayan to enrich the classroom discussions in Philippine Politics among SHS HUMSS students.

The event featured a series of talks by active politicians representing the executive, legislative and judicial branches of the Philippine government.

With the consent of the Hon. Senator Grace Poe, here is her message to the ICAns during the event.