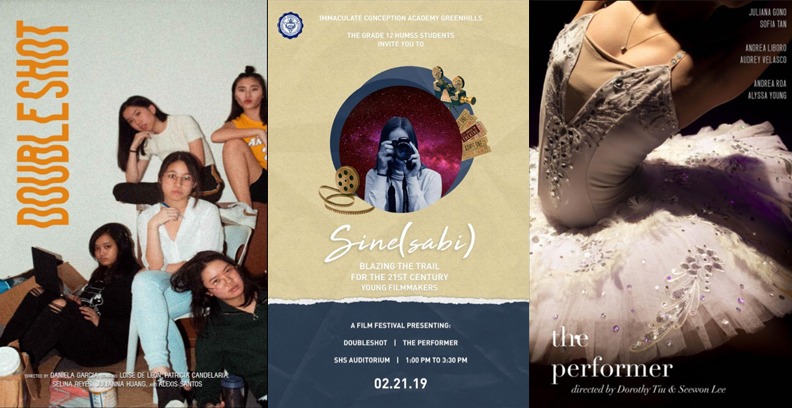 The classes of 12-Sobriety and 12-Solidarity showcased the excellence, creativity, and values they have gained as students of the Humanities and Social Sciences (HUMSS) strand through their culminating activity entitled, “SINEsabi: Blazing the Trail for 21st Century Young Filmmakers,” last February 21, 2019 at the 5th floor of the Henry Sy, Sr. Building. The culminating showcase featured a film festival which played two short films produced by the Grade 12 students, as well as an exhibit. Thea Sy (11-Counsel) and Yanrong Peng (11- Fortitude) served as hosts for the program held in the Senior High School (SHS) Auditorium.

For the second year in a row, Grade 12 HUMSS students took on the artistic challenge of producing and organizing a film festival. HUMSS Strand Leader Mrs. Krissel Joy Sabado highlights why the film festival is an exciting activity for the HUMSS students of ICA: “One of the most powerful ways of storytelling is through a creative film where emotions are captured as it blends with a compelling plot, realistic characters, striking themes, and spectacular cinematography that appeal to moviegoers. Hence, it is definitely fitting for HUMSS students to hold another film festival for their culminating activity that will showcase their in-depth understanding of human and social behavior as well as significant truths about life.”

“The Performer,” the film entry of 12-Solidarity, shows how a group of scrappy, aspiring
thespians come together to form a newly approved theater club. However, as the opening day for
their production of “The Phantom of the Opera” looms near, personal conflicts and doubts arise.
The psychological thriller pushes audiences to examine the important yet paradoxical roles of
fear and passion in the complicated road to success. 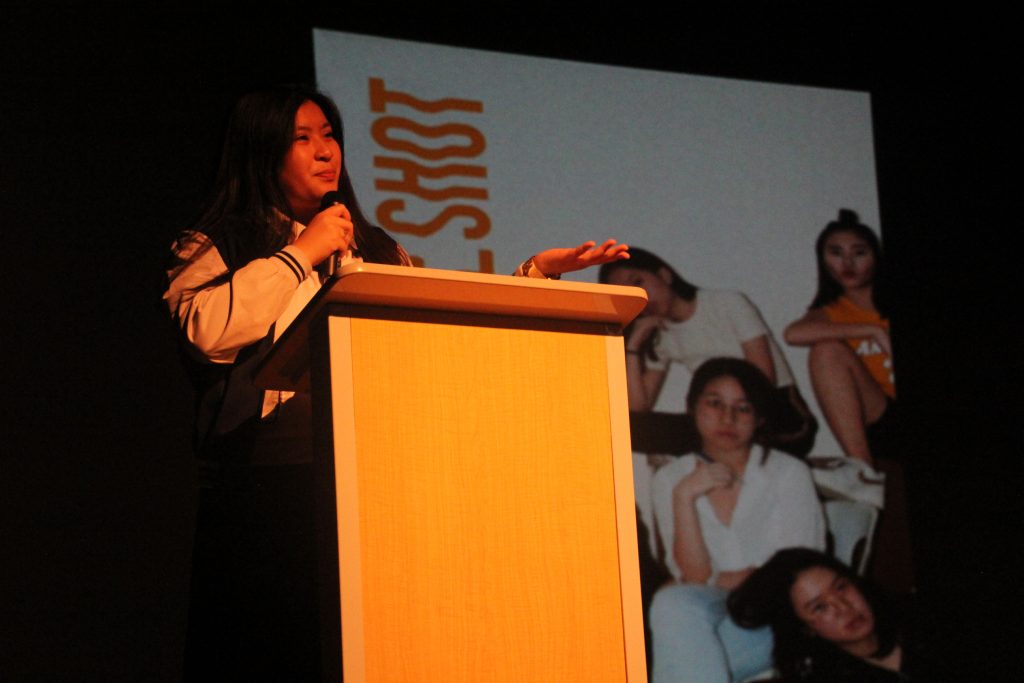 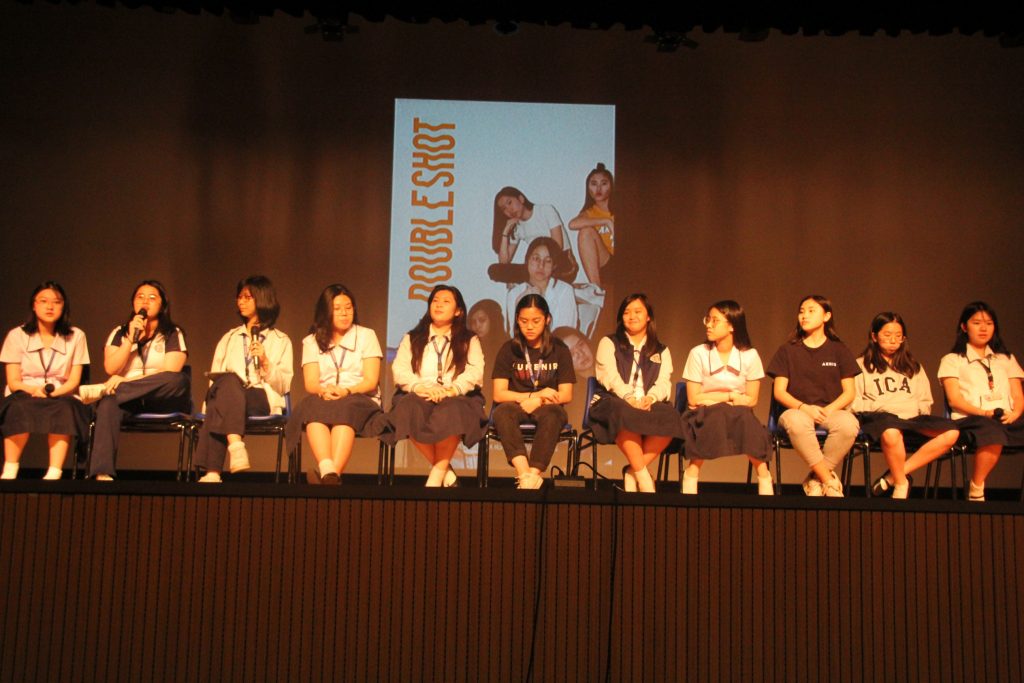 On the other hand, 12-Sobriety’s “Doubleshot” puts an unlikely group of students to a
test of patience and wits by setting aside their mismatched personalities in order to achieve one
goal: to get themselves out of the locked room. The mystery movie provokes audiences to reflect
on the power of teamwork in overcoming seemingly impossible trials during this time of social
divide. 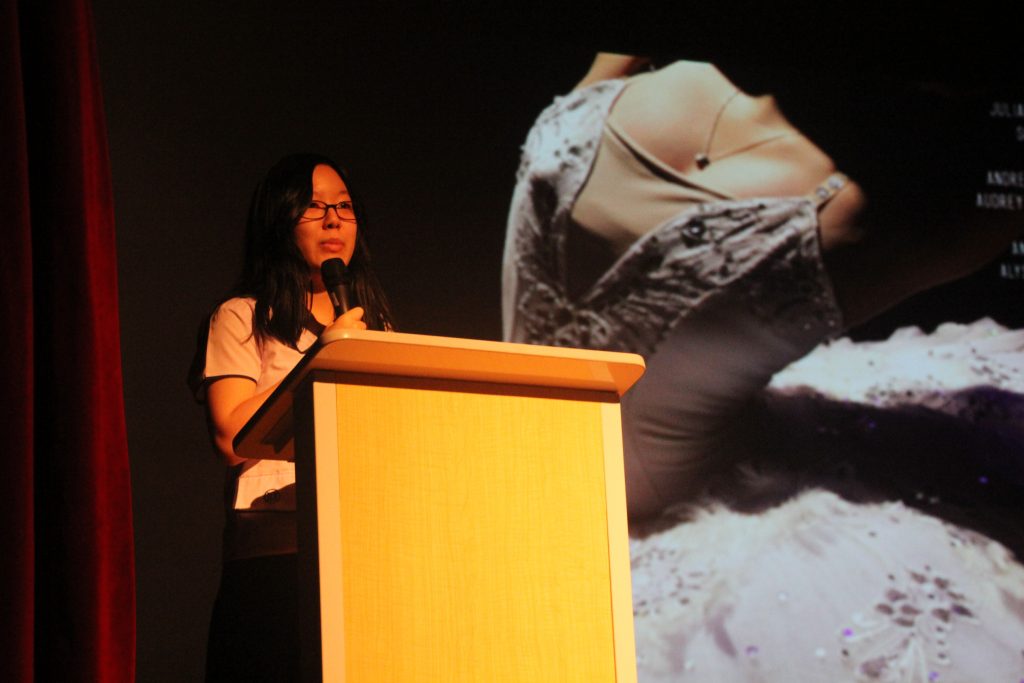 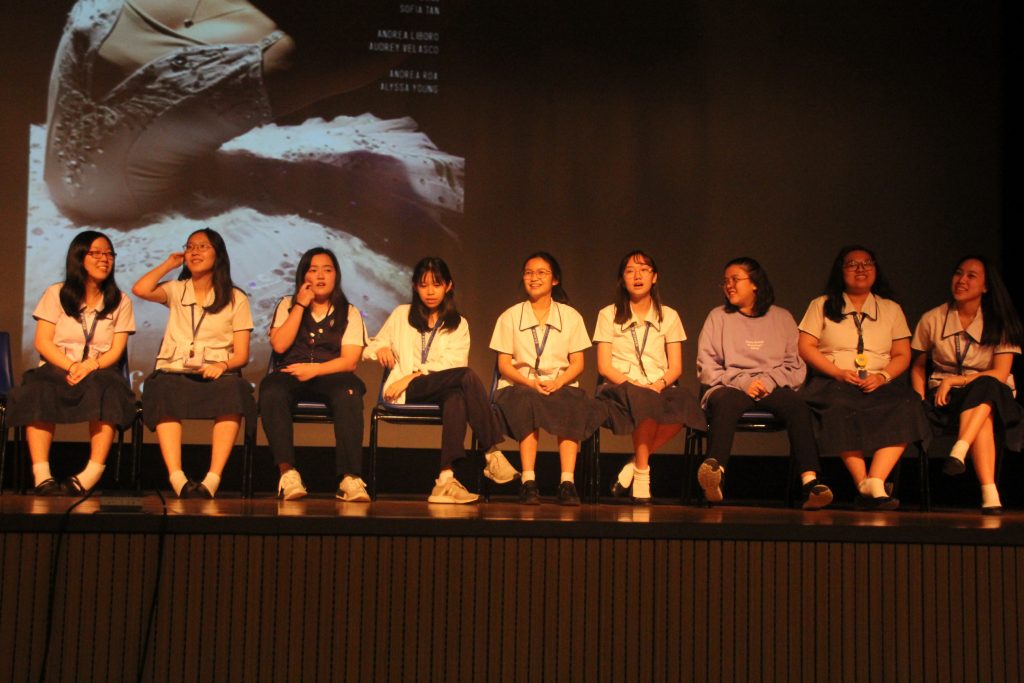 The filmmakers and actors behind both films shared their creative processes and clarified
some narrative details to the audiences during a brief question and answer session. In her closing remarks, SHS Academic Coordinator Ms. Charmaine Esteban reminded the audience of the power of storytelling: “Life captured by the lens is life itself. A film brings upfront life’s details we do not want to see or fail to see. And that is what we hope ‘The Performer’ and ‘Doubleshot’ were able to manifest—that when you saw the films, you saw life.” After the film fest, students, faculty and guests were directed to the exhibit at the SHS Conference Room A. The aim of the exhibit is to celebrate the field of humanities and social sciences while showcasing authentic evidences of the students’ learnings, particularly in their
specialized subjects such as Creative Writing and Journalism. 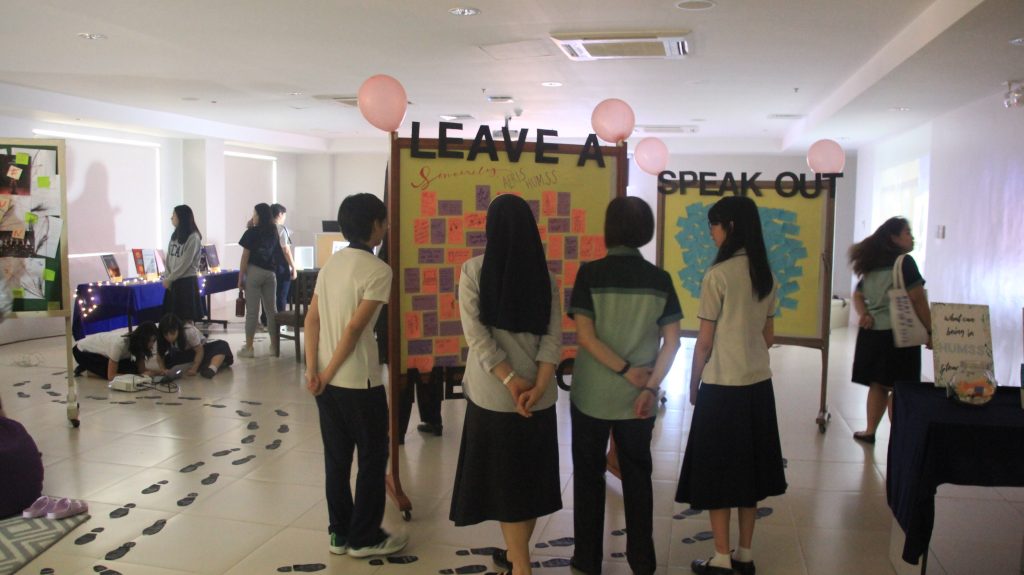 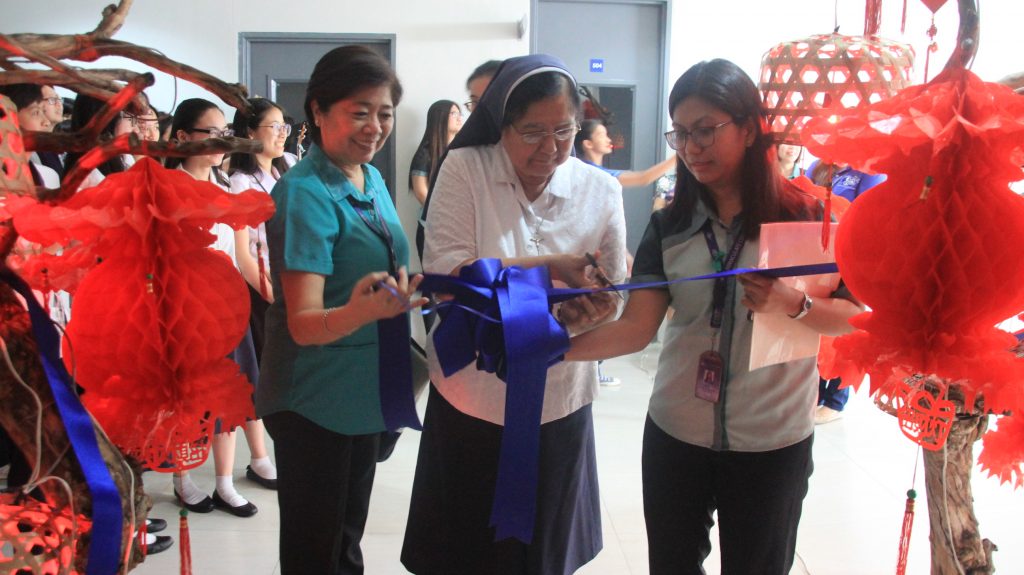 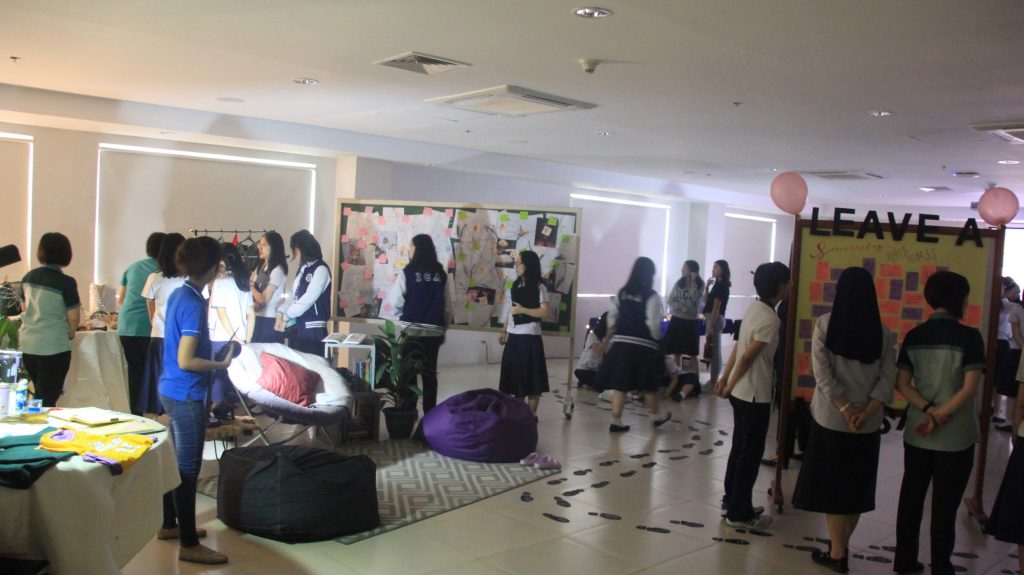 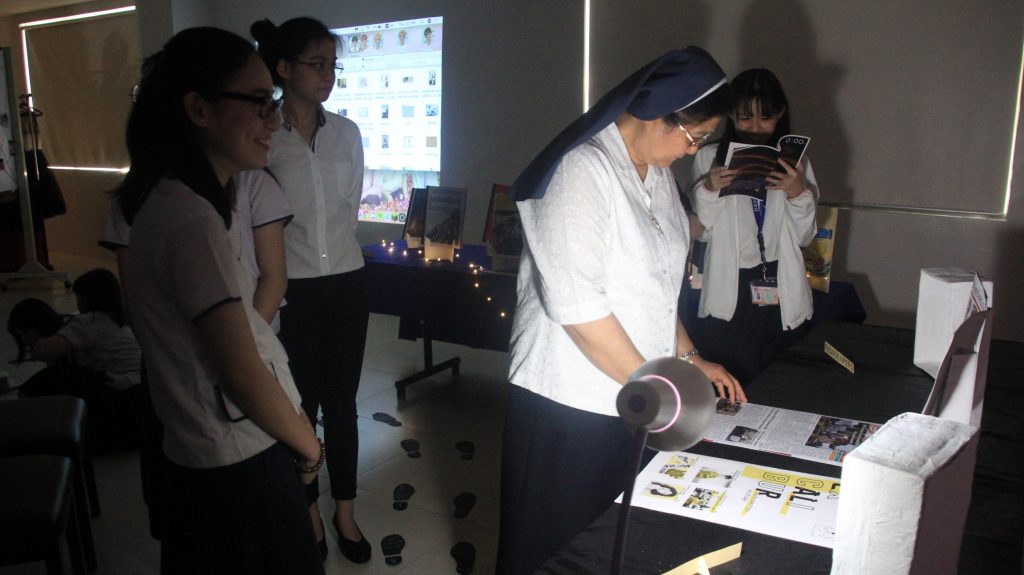 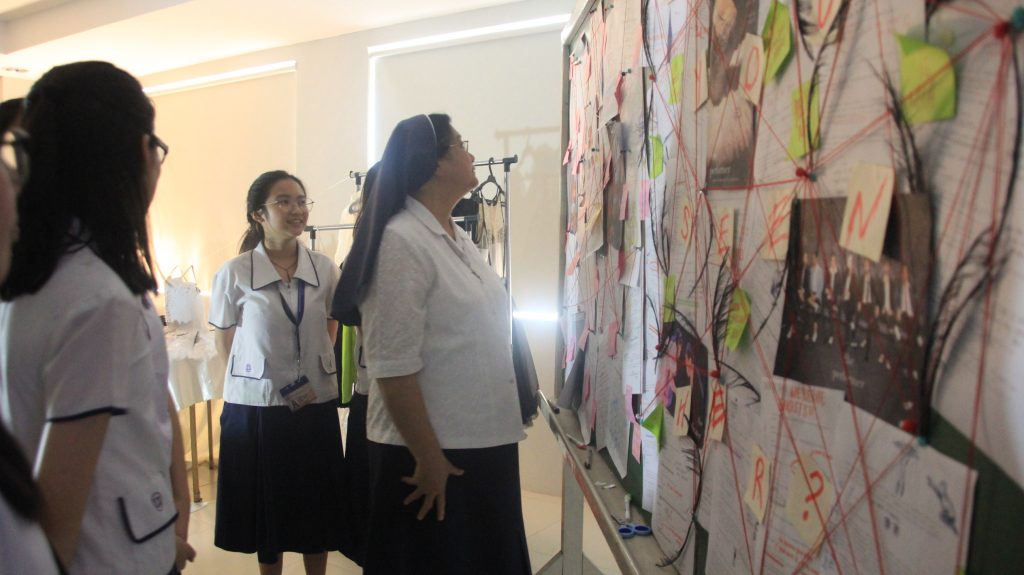 Some of the featured works in the exhibit included literary magazines and newspapers, along with crucial props and behind the scenes photos from “The Performer” and “Doubleshot.” The original one-act plays that the two classes produced and performed earlier in the school year were also available for guests to view.

Guests were also invited to speak up and leave a message on a freedom wall. Footprints which bore the reasons why students take pride in being a part of the HUMSS strand were strategically placed on the floor, helping the guests navigate the exhibit venue. A photo booth
was also set up, giving guests the opportunity to immortalize their participation in this special occasion.