An Event to Remember … Knowing the Lumads Better - Immaculate Conception Academy
ICA Greenhills is a non-stock, non-profit elementary and secondary school owned and directed by the Missionary Sisters of the Immaculate Conception (MIC).
Lumads
17730
post-template-default,single,single-post,postid-17730,single-format-standard,ajax_fade,page_not_loaded,,qode-title-hidden,qode-theme-ver-12.1,qode-theme-bridge,wpb-js-composer js-comp-ver-6.7.0,vc_responsive 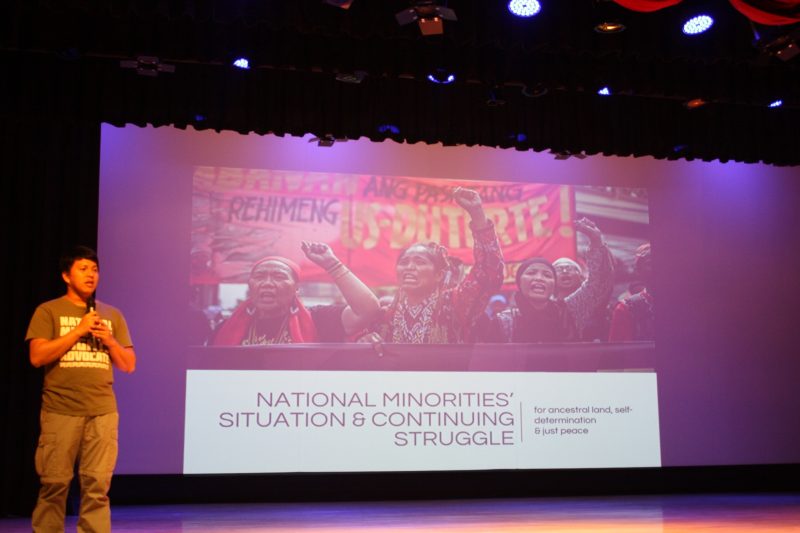 06 Sep An Event to Remember … Knowing the Lumads Better

Last August 29, in celebration of the Buwan ng Wika at Kasaysayan, ICA invited the Kabataan
Para sa Tribung Pilipino (KATRIBU) and Lumads from one of the “evacuation schools” in Luzon. Together, they enlightened the ICAns about the current plight of the Philippine indigenous
peoples, in particular the Lumad of Mindanao.
A true to life short film entitled “Pahiyum ni Boye” was first shown to the students. It is an
independent film written and directed by Hugh Montero, which shows the struggle of the
Lumad to acquire, build, and maintain their school. The film concluded with the Lumad vowing to protect their school against any form of harm.

After the film was shown, KATRIBU and the Lumad representatives updated the audience on
the current situation of these schools. The audience learned that Lumad students and families
are forced to evacuate their schools and homes as the militarization in these areas are
intensified due to the ongoing Martial Law in Mindanao. Their peace and well-being are also in danger due to some developmental projects that lessen the scope of their ancestral domain.
However, Lumad students, still valuing their education, attend schools in their respective
evacuation centers. According to the Lumad Datu invited, education is the Lumad’s tool for
progress, and it is their only weapon against oppression.

The program ended with an open forum, wherein ICAns expressed their desire to help their
fellow Filipinos out through donation drives and feeding programs. Today, the student council
as well as various individuals are already on the move in their preparations to help the Lumad
out.