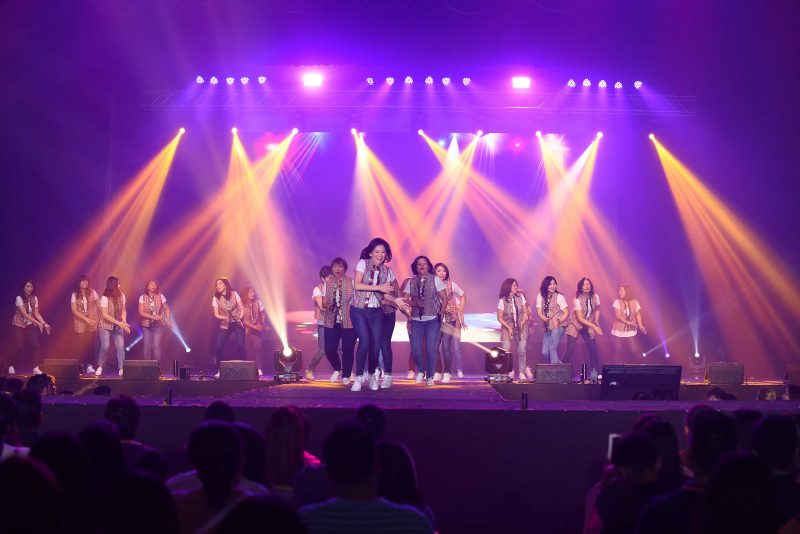 Posted at 08:26h in Events, General, News by ICA 0 Comments
0 Likes
Share
17
SHARES
Spread the love
It was a bright, sunny day last November 18, 2017 and the Shrikers, ICA Class of 1992, were getting ready to come home.  After 25 years, we were returning to ICA.  Together with our co-celebrants, batches 1957, 1962, 1967, 1972, 1977, 1982, 1987 & 1997, we all looked forward to celebrating our jubilee and giving back to our alma mater.  Entitled #BALicanNATIN, this year’s homecoming had a travel theme.  Our message was, no matter where in the world you are, or where in the world you’ve travelled to, ICA will always be your home and it is time to return.  The celebration began with a mass officiated by Fr. Francis Alvarez, S.J. who challenged us to ask WHY?  Why did we put in the effort, why did we give as much as we could (and more), why did we allow this affair to disturb our already busy lives? We proved both his proffered reasons right: because in giving more, we get more, and giving is joyful. This joyful giving was shared by our co-celebrants who generously donated to the MIC Wellness Fund, the MIC Missions, ICA Senior High Building and the ICA Greenhills Scholarship Foundation, Inc. After the Eucharistic Celebration, a sumptuous meal by the award winning Creamery Catering (helmed by Michelle Chang Co of Batch 1992) awaited guests at the Ling Ling Chung Covered Courts.  The LLC was transformed into Paris and London by the team of  Carousel Events Styling.  Guests could not help taking photos by the Eiffel Tower or Big Ben and posting them on Instagram or Facebook through the wifi service provided by Globe Telecom. Hands in Harmony, the ICA string ensemble, serenaded also us during dinner.  Post dinner, guests proceeded to the DTASC for the show presented by the Jubilarians, making sure to stop by the photo booth of On Site Studio that depicted an airport scene. The homecoming showcase hosted by Ryan Bang and Karylle began with a specially created shadow play number by El Gamma Penumbra, followed by the opening number of the Silver Jubilarians.  Children of the 80s and 90s cheered loudly as the Maneuvers and Universal Motion Dancers brought back memories as they performed nostalgic dances to the tunes we grew up with.  It was especially interesting to see the 2 dance groups collaborate on a number together.  No homecoming show is complete without the guest appearances of showbiz heart throbs and this year was no exception.  Donny Pangilinan, surprise guest Alden Richards and Sam Milby brought down the house as they sang before an exited crowd. As exciting as it was to watch the special guests perform, the real stars of the show were the Jubilarian Performers.  It was wonderful to watch Batches 1967, 1972, 1977, 1982, 1997 and 1992 perform. In line with our travel theme, their dance numbers were songs from Sweden, Korea, Brazil, Philippines, UK and USA respectively.   We could see all the effort and hard work they put in to turn in such beautiful performances. Above all, the friendship and camaraderie of the ICANs were definitely shining through and made the show more enjoyable.

Homecoming 2017 presented by the Shrikers, ICA Class of 1992, was definitely worth coming home to.