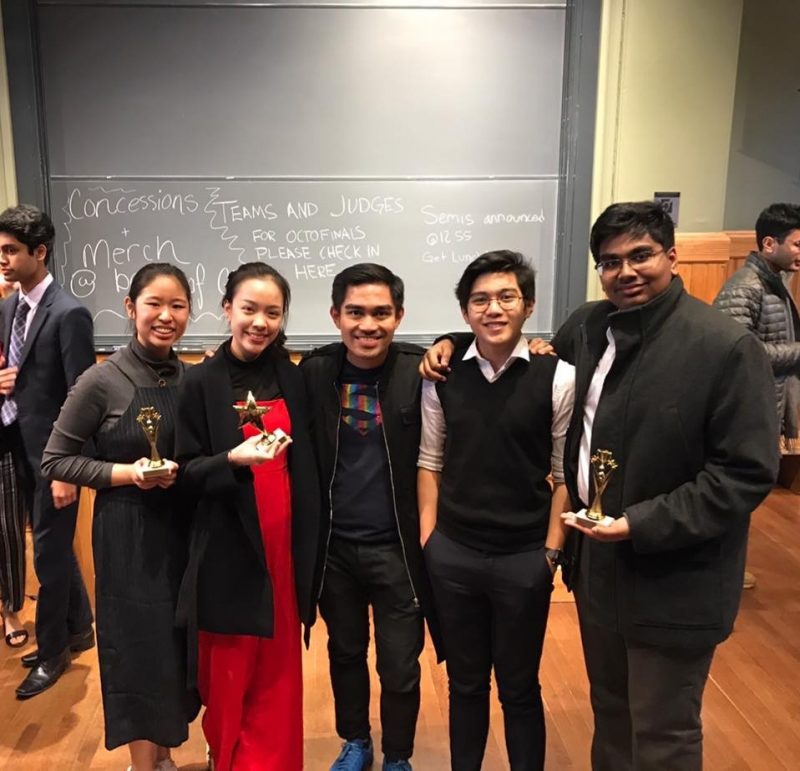 Last March 23-25, the Harvard College Debating Union held the Harvard College World Schools Invitationals at the Harvard University. The tournament was a good preparation for the debating teams who are planning to join the World Schools Debating Championships (WSDC) which will be held in July. Its adjudication core includes multiple former out-round WSDC debaters and coaches, highly successful British Parliamentary debaters, and some of the most accomplished former high school debaters in America.

A group of Filipino participants including two ICANs namely Alia Yao (Batch 2018) and Arianna Garcia (incoming grade 12) had the pleasure of attending this prestigious event and emerged as the finalist. To top it all off, Alia also got the 2nd best speaker award in the competition. The team was also featured at CNN Philippines last April 4, 2018.

Surely, there are more to expect from ICA’s debating team!