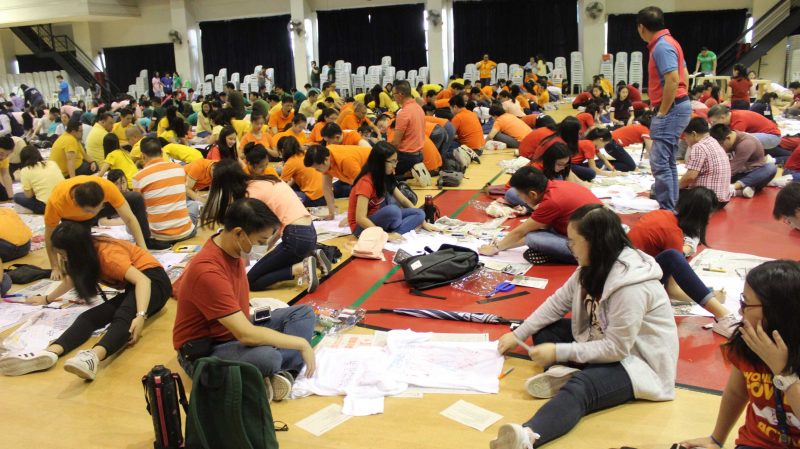 10 Jan Connecting Bonds: Strengthening the Ties between Teens and Dads Another offshoot of the Parent Daughter Dialogue, the Father- Daughter Interaction is an annual group dynamics activity specifically designed for Grade 8 students and their dads. This activity is intended to facilitate better understanding, foster a deeper connection, encourage open communication and initiate a deeper, more positive relationship between fathers and daughters. On its 2nd year, the Father-Daughter Interaction, organized by Ms. Marinelle Delos Reyes, the Grade 8 Guidance Counselor, was held last November 25, 2017 with the theme “Connecting Bonds: Strengthening the Ties between Teens and Dads”. The event had multiple activities which started with a concurrent talk focusing on each of their roles as a father and as a daughter in strengthening their relationship with each other. The talks were facilitated by Mr. Robbie Zialcita, a trainer, life coach and a theater artist who gave a motivational talk to the girls and Mr.  Roberto Yulo, a Chief Information Officer, composer and mentor, who gave an inspirational talk to the fathers. The speakers also reiterated the importance of open communication and presented different ways of bridging gaps between daughters and fathers. The talks were followed by a series of bonding activities such as T-shirt painting, pyramid building, a short dance craze and a song that the girls offered in honor of their dads. The day’s bonding activity was concluded with a father- daughter photo to serve as a keepsake of their memorable bonding experience in school.